It’s almost the New Year, and odds are, you’re putting the finishing touches on this year’s resolutions. “Eat better. Exercise more. Stop drinking Coke.” And so on . . .

They’re never easy, are they? In fact, most of us blow every item on the list before January is even over. After all, we’re only human. So to guide us to the next level of resolution-keeping, Beachbody® has sought counsel from someone who is more than human. A god among men. A general among privates. A monster truck among sedans.

Bill may not strike you as a fitness expert, and, as his performance on the elliptical trainer in Lost in Translation indicates, he certainly isn’t one. He is, however, a font of knowledge when it comes to life matters. Even the quickest of perusals through his film catalogue offers an abundance of tips for anyone looking to keep his or her New Year’s resolutions.

“Baby steps.” In What About Bob?, Bill plays a manipulative obsessive-compulsive learning to get through life using “baby steps,” as suggested by his shrink, Richard Dreyfuss. Try baby steps with your resolutions. You don’t need to swear off all processed sugar and have washboard abs by the end of 2009. Start by limiting sweets to once a week and working out 5 days a week. If that’s too much, swear off ice cream and walk 3 days a week. Pick an achievable goal, and when you reach it, pick another one.

“A former greenskeeper, now about to become the Masters champion.” Baby steps might not be enough for you. Maybe it’s six-pack abs or nothing. If this is the case, think about Bill in Caddyshack. As groundskeeper Carl, he spends the entire film hatching grandiose plans to beat that gopher.

It never occurs to him to take it one hole at a time. The same goes for you. The abs can be the goal, but start with cleaning up the diet, getting the exercise on a regular basis, burning the fat, building the muscle, etc. This way, if the year is up and you haven’t quite got the abs you want, you’ll still feel like you accomplished a lot along the way.

“If that were our plane, it’d be crashing.” In Quick Change, Bill robs a New York bank. It goes off without a hitch, until the supposed “easy part,” the getaway to the airport, turns out to be wrought with obstacles, thus forcing him to continually improvise.

It’s almost certain that you’re going to hit all kinds of surprise road bumps on the way to your goals. Your body is every bit as complex and chaotic as Manhattan is to Bill and his accomplices. When things go egg-shaped, change your route or, if necessary, alter your goals.

“Stewardess, is there a movie on this flight?” In Stripes, Bill joins the army, but he brings the party with him. P90X may be a boot camp, but that doesn’t mean you can’t have a little fun mingled in with the pain. Pick an outfit you’re dying to wear and make it a goal to fit into it. Learn to jump rope. Buy a pogo stick and pledge to get up to 100 bounces. Make a point of going dancing once a month. Mock Tony as he bosses you around on screen—whatever it takes.

“How about a little teamsmanship?” The Life Aquatic with Steve Zissou finds Bill struggling to understand the relationships in his life. In the end, he learns about the power of friendship and family. The same goes for you. Don’t be afraid to ask for support from the people around you. Or, you can also look to the Beachbody Message Boards and to our workout partnering system, WOWY, for motivation and inspiration.

“We came, we saw, we kicked its . . . .” Bill goes up against insurmountable odds to defeat the Sumerian god Gozer the Gozerian in Ghostbusters. Sometimes, it may feel like you’d have better luck fighting the Stay Puft Marshmallow Man than achieving your goals. The odds may be against you, the pounds of fat many, and the cravings intense, but if you sit there and fret, you’ll never know if you can do it. The same lesson can be pulled from watching Bill play the role of Polonius in Hamlet. Bill Murray doing Shakespeare? Exactly. You never know unless you try, so don’t be afraid of no ghost.

“I’ll give you a winter prediction: It’s gonna be cold, it’s gonna be grey, and it’s gonna last you for the rest of your life.” If you try and you fail, remember Groundhog Day, which finds Bill living the same day over and over until he gets it right. Just because you mess up your resolution doesn’t mean you’ve been beaten. Just take a deep breath and try again. Eventually, you’ll figure it out. And don’t forget, if your goal is to do Slim in 6 but you only made it through 4 weeks, that’s still 4 weeks of fitness that will back you up for your next try.

Listen to Uncle Bill. He knows what he’s talking about. Take this advice regarding your resolutions, and, just as Bill famously said to John Candy in Stripes, you’ll soon be a “lean, mean, fighting machine.”

Nutrition 911: The Best and Worst Cocktails

5 Signs That Your Body is Toxic and Needs a Reset

Hey, Mom! Improve Your Fitness in 10 Minutes a Day 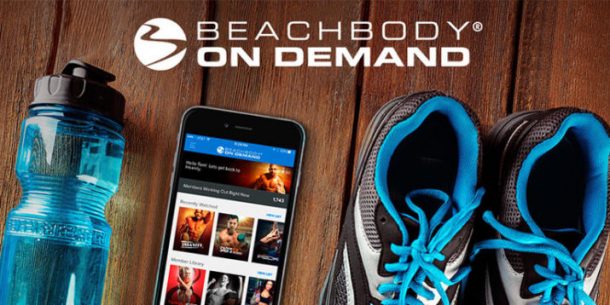