Welcome to Part IV of our oh-so-basic nutrition class designed to give you an overview of basic nutrition and make healthy eating much simpler. First, we had an introduction, which was followed by a very simple analysis of what you should eat. Today, we finish our discussion about marketing jargon, with a look at the two of the most successful slogans of all time: fat free and low carb.

We’ll start with fat free because it was popular first. The dreaded “f” word is sorely misused out there in foodopia. About the only thing most of us really know about it is that we might have too much of it on our bodies. Fat is a colloquial term for looking more like Kirstie Alley of the TV show Fat Actress than Kirstie Alley of the ’80s slacker comedy Summer School. Fat is also one of the key nutrients that we must eat for our bodies to keep functioning. And this is where the association problem begins.

Assuming we’re fat because we eat too much fat, marketers decided that by making foods without fat we’d be less fat. This might work if, oh, nutrition was as simple as 1+1=2. Unfortunately, it’s not. It’s a science, requiring things like math ‘n’ stuff that we don’t have time for here. All we have time for here is to say this is wrong. If you don’t eat fat, you will die a miserable death. Fat, among other things, is vital for our endocrine systems to function properly. You might not know what this is, but it basically regulates our bodies’ day-to-day functions.

But this marketing “theory” does have some bearing on real life. Fat is nutrient dense. This means that by volume, it has more calories than other nutrients. In fact, it’s about twice as dense as other foods. So you should eat a lot less fat than other things or you might get twice as large. Fat also tends to taste good, so it’s easy to crave. We don’t need much of it, but we like to eat a lot of it. Are you starting to see the issue? There is not just a marketing idea but also a market for low-fat products.

Essentially there are two types of “fat free” or “low fat” labels: those on animal products and those on packaged products. Let’s start with the animals, because it’s simpler.

Fat-free dairy products and low-fat meats simply have their fat removed. There are different types of fat, which we’ll get to later. Animal products tend to have what’s called saturated fat. We need only a very small amount of this to survive. If we eat a lot of animal products, we can easily get too much, leading to high cholesterol levels and other assorted problems. The relatively simple step of removing fat does not take away from these foods’ nutrient values. It just gives you less fat.

Fat-free packaged foods are a whole other matter. Things like cookies, candy, chips, peanut butter, etc., must be 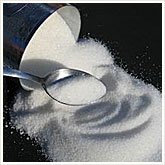 scrutinized because the fat is usually just replaced by another ingredient. It’s often sugar, which is usually as bad—if not worse—for you. In some cases, it’s extreme. Peanut butter, for example, is loaded with fat, but most of it is unsaturated fats your body can use. “Low-fat” versions usually include a lot of sugar, and sometimes trans fats, which are man-made fats that have no place in your diet. So by eating the low-fat trade-off, you’re actually eating worse! Then there’s candy, which sometimes sports a “fat free” label, as if not having fat is a perfectly good excuse to stuff yourself with gummy bears. Using this type of logic, why not consider crack? It gives you a lot of energy and, after all, it’s fat free!

Bottom line: Fat free and low fat can be okay, especially in animal products. “Fat free” doesn’t mean “sugar free,” though. Learn to read labels. There’s often more to the story. Some fat is a necessary and healthy part of your diet.

Following the astonishing success of “fat free,” the “low carb” label hit our shelves a few years back with all guns blazing. Virtually no labels were left unturned. Even when low-carb diets were somewhat debunked, the “low carb” labels remained. Now you might see a “low carb” moniker on just about anything, from meat to rice to beer. Some foods warrant this, but, in most cases, it’s absurd marketing jargon—it makes the aforementioned “fat free” slogan look like a paragon of advertising honesty. We’re talking “swamp land in Florida for sale” territory here. Let’s look at the worst offenders.

Bottom line: “Low carb” labels are completely unnecessary. It’s either spin doctoring or altering a food that you shouldn’t be consuming in the first place. With minimal knowledge of how to eat, you can strike the words “low carb” from your vocabulary. 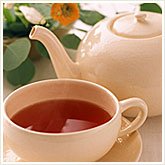 boosting juices, and so on and so forth. It’s nearly endless. Practically every health claim that you see on a label should be ignored, unless you’re in the drug store. What’s happening is that manufacturers’ marketing departments are latching on to any bit of research that shows something positive and spinning it right off the ol’ turntable. For example, tea contains polyphenols, an antioxidant. Always has, always will (unless we alter it), but it’s not just Lipton any longer, it’s “antioxidant” tea! If your diet lacks calcium, you have a higher risk of cancer, as well as an entire cornucopia of maladies; since calcium is essential for human existence, it’s now “cancer fighting.” It goes on and on. These claims are not always bogus, by any means. Tea and calcium are great. But it sheds some light on a potential problem if you blindly believe anything you read.

Bottom line: The best defense is a good offense. The more you understand about nutrition, the less likely you are to be duped. Learning to read a food label is a great place to start.

Nutrition 911: The Best and Worst Cocktails

Looking for the perfect snack? Have you tried the P90X Peak Performance Bars.

Is Beer the Healthiest Alcohol?

Why Skipping Breakfast is a BIG Mistake for Weight Loss!