With my new found love of fitness and nutrition, I often wonder about nutrition. What to eat, how I can eat better, and also, eating for a longer, healthier life. The big question that always crosses my mind is, fruits and veggies. Eating lean meat, fish, complex carbs, avoiding sugar, and sweets, seems to be fairly straight forward. But since I don’t eat a lot of fruit and veggies, I often wonder the pros and cons to juice, juicing, veggies and fruit. Thank goodness we have people that know a lot more on this subject than most, including me.   Some of you may also be interested in Beachbody’s new Shakeology, which also addresses fruits and veggies in a meal replacement form.  Enjoy the article, and I hope you gain as much from it as I did!

Last time we discussed why Jamba Juice® isn’t always the health food beverage chain it’s cracked up to be. We took a brief look at why something that is “100 percent fruit” might not be healthy, even though we’re pretty sure that whole fruit is healthy. Today we’ll look at juice, both the kind you buy at the store and the kind you can make at home. Then we’ll compare them to regular fruit.

Minute Maid® and other mainstream junk

First, let’s talk about what you buy in a store. Almost everything that you can find

in a store in the United States is pasteurized to kill potentially harmful bacteria. While this is safer for a big company afraid of lawsuits, it also eliminates many of the most important nutrients of the fruits and vegetables used to make the juice (this is the same for other pasteurized items as well, like milk). Enzymes, in particular, are destroyed by the high temperatures associated with pasteurization, as are many of a fruit’s or a vegetable’s phytonutrients. Most commercial juice is fortified with vitamins to restore some of its nutrients, but many of the most vital elements are lost and the resulting item is often little more than vitamin-fortified sugar water. Even “100 percent pure” juice that’s pasteurized has lost most of its nutrients.

The store now has healthier options. These are generally considered smoothies, which we discussed last time (refer to “Nutrition 911, Part XII: Jumbo Juices and Crappuccinos”).

Juice bars, like Jamba Juice, etc., are a small step in the right direction because they use whole fruit in their beverage options. The problem with these juice bars is that they tend to avoid using veggies and also use some concentrated juice that’s mainly sugar. Fruit alone is high in sugar, especially when liquefied because some of the fiber is lost. So even 100 percent fruit smoothies are very high in sugar, unless something else is added to balance out the macronutrient ratio. But we’ve already discussed them too, so let’s move on.

There are two types of home juicing. One is when you throw everything into a

blender and mulch it. The other is when you use a juicer, but this type of juicing removes fiber. Why would you want to remove fiber when you know it’s super healthy? For fruit juices, you generally wouldn’t, which is the main problem with store-bought options. Fruit is sugar and fiber with a lot of great nutrients. Veggies, however, are mainly fiber. What isn’t fiber, however, is the most nutrient-rich food we can eat. Fiber limits the amount of veggies you can eat in a day, so juicing veggies to remove the fiber allows you to drink a ton of nutrients. According to the Centers for Disease Control and Prevention, about 75 percent of Americans don’t eat the recommended five to nine servings of fruits and vegetables per day. Juicing is the easiest and most effective way to meet the recommended daily allowance.

Your blender, the other type of home juicing, doesn’t deplete fiber like a juicer does.

This is by far the best way to juice with fruits, and it’s the origin of the fruit smoothie. While some fiber is lost, the mulching process creates a higher percentage of soluble fiber, which makes it easier for your body to utilize the fruit’s phytonutrients. The only downside to juicing is that it requires some work. You need to buy fruits and veggies and you need to juice them. Drinking them is the easiest part. For those of us who are culinarily challenged, there are places that will do this for you. Many health food stores have juice bars that use veggies as well as fruits. Unfortunately, they tend to be expensive. You can probably buy a juicer for less than you’d spend in a week at the Whole Foods juice counter.

Why not just eat whole fruit?

fruit could be the main dietary difference between obese and overweight individuals. At the University of Southern California, researchers showed that the main difference between 52 normal-weight adults and 52 overweight and obese adults was the amount of fiber in their diets, which mainly came from fruit. In the study, the normal-weight group consumed an average of 33 percent more fiber and 43 percent more carbohydrates than their overweight counterparts. This suggests that fiber, much more than following a low-carb or low-fat diet, is the key for weight control.

7 Easy, “Good for You” Dessert Recipes 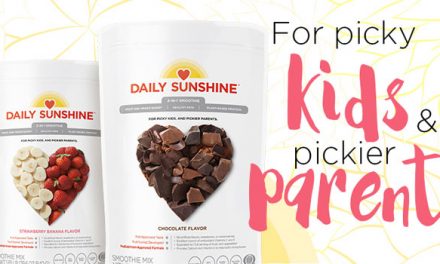