Getting Crazy About Yoga

Yoga. You either hate it or love it. Maybe you’ve never done it. Here is a small guide describing different types of yoga and the health/fitness benefits that go along with them. Thanks to Denis Faye at Beachbody for this enlightening article.

Face it, nonbelievers; you’re losing the war against yoga. Once the province of hippies and Beverly Hills housewives, the practice has now become a go-to activity for increased athletic performance, stress relief, physical therapy, and just plain feeling good. Yoga studios continue to pop up around the country, which isn’t surprising given the practice has made it into the American College of Sports Medicine’s top 20 worldwide fitness trends for 4 years running.

True, there are still forms of yoga validating that old cliché that it’ll bend you into a pretzel and send the uninitiated to the ER, but that’s just a small segment of what’s available. Today’s practitioner can choose from dozens of forms for every need and skill level. 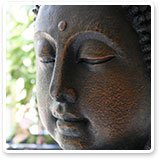 Yoga originated in India, approximately 5,000 years ago. And just so we can get it out of the way, yes, it’s associated with Hinduism and Buddhism, and, yes, it can have a strong spiritual aspect. That said, as yoga becomes Westernized, many of the resulting forms heavily downplay that component. You’re just not going to reach divine enlightenment sweating through a Bikram yoga class or session of ChaLEAN Extreme® Dynamic Flow Yoga.

And in the event that you are looking for a little spirituality, it’s important to remember there’s a difference between “spirituality” and “religion.” As the yogi Swami Chidananda Saraswati explained, yoga has transcended Hinduism to become a science that works with any religious dogma. “Yoga comes as life-giving waters, the living waters to revive that withering, languishing inner spiritual core,” he explains. “It can make religion alive for anyone, be he a Christian or a Muslim, and it gives back to you the life within your religion.”

Or you can remove the religious aspect entirely and just use it to help with your own self-awareness. “Even if it’s really athletic, it’s a mindful type of exercise so I think you still get the spiritual benefit,” explains Yoga Booty Ballet® cocreator Teigh McDonough, whose workouts, including Yoga Core, feature a strong mind-body-spirit connection. “I think that’s a big reason why it’s popular. It benefits you more than just exercise.”

That said, spirituality isn’t the primary reason many of us do yoga. Some Western practitioners prefer to think of it simply as a series of asanas, or positions, that bring with them a wide assortment of physical fitness benefits. Yoga increases flexibility and balance. It also increases stamina given, to hold some of the more stressful poses, you need to learn how to breathe through the stress. It also strengthens muscles. Some forms will help the crowd pleasers like biceps and abs, but all forms work your stabilizer muscles, the ones that keep your joints safe and allow you to push your other workouts harder.

Another nice thing about yoga is that it’s not about perfect form; it’s about the journey to perfect form. Many sports and activities require you get things just right to reap the most benefit from them. If you don’t know how to shoot a basketball, you won’t make a basket. If you don’t know how to dead lift, you’ll throw out your back. With yoga, the fact that your heels can’t touch the ground during downward-facing dog is irrelevant; you’re already getting the benefit just by trying.

Most forms of yoga that Westerners are familiar with derive from Hatha yoga, which was developed in India in the 15th century. Essentially, it’s a series of asanas combined with pranayama, the specialized form of breathing that brings a good yoga session together. “Hatha yoga is a practice in which you’re giving your mind and body an opportunity to work synergistically,” says Tony, who includes yoga workouts in P90X® as well as his One on One with Tony Horton series. “It gives flexibility, strength, and balance—all through the physically difficult asanas.”

From there, the form can go several different directions. Here are a few examples.

Anusara yoga. Founded by John Friend in 1997, Anusara yoga is one of the bases for Yoga Booty Ballet. It challenges physically while allowing for positive self-reflection, or “flowing with Grace” as they call it. “Anusara’s alignment system is just so sophisticated,” says Yoga Booty Ballet cocreator Gillian Marloth Clark. “I love it because it’s so biomechanically advanced, and it interweaves the spiritual practice. But that’s just an undercurrent; it’s not right out in front of you. So if you’re solely searching for a physical workout, it’s got the whole thing covered.”

Gillian adds that it’s also a great workout for rehab. “It’s got strength and flexibility,” she says, “but the biomechanics and the alignment really do rehabilitate injury and prevent injury, which is so important.” 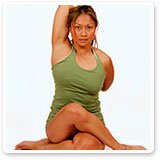 Iyengar yoga. If you’re looking for rehabilitative work, Iyengar is excellent as well. Developed by B.K.S. Iyengar in India, it’s a very prop-heavy practice, requiring an array of belts, blocks, blankets, and pillows. The point of Iyengar is to bring the body into alignment, the idea being that this will speed recovery of injuries and address chronic pain.

Ashtanga Vinyasa yoga. A vinyasa is a dynamic flowing posture that connects asanas. It literally means “breathing synchronized movement.” These movements figure prominently through the practice, making this a more physically demanding form. Although Ashtanga features sets of specific sequences, the vinyasa technique is used in a looser form known as flow yoga, which ChaLEAN Extreme creator Chalene Johnson uses in her yoga-based workouts.

Kundalini yoga. This is one of the most spiritual forms, as well as another basis for Yoga Booty Ballet. Kundalini yoga focuses on tapping energy, or prana, from the base of the spine. While it includes asanas, chanting and meditation also play a big role. But before you hit the hippie alert alarm, keep in mind that getting into this space can empty your brain of the day’s issues so you can focus on exercise. “I choose it because it’s a great way to give into a meditative state at the beginning of a workout,” says YBB’s Teigh McDonough. “It helps people to warm up physically, mentally and spiritually—and very quickly, too. It helps people get out of their busy minds.”

Power yoga. On the other end of the scale, there’s what Tony Horton describes as “the gym class of yoga.” Derived from Ashtanga yoga, the spirituality is downplayed in power yoga. Instead, focus is put on the physical aspect and really pushing those postures hard. “It’s more of a workout and less of a mind-body-spirit thing,” says Tony. “I find nothing wrong with power yoga if that’s going to get you off the couch, but there are plenty of other kinds of exercises that are going to do that. So why not take the opportunity to do something that is the antithesis of what you’re doing?”

Bikram yoga. Another “extreme” practice, Bikram yoga is also known as hot yoga. Classes take place in a 105-degree, 40-percent humidity room. The idea behind this blistering heat is that it deepens stretching and relieves injuries, stress, and tension. “The system is great,” says Gillian. “It’s an excellent workout, if taught properly. It’s a great physical workout, and it’s an excellent way to get long and flexible.”

Unfortunately, the unique environment means that you can only really do it at a Bikram yoga studio, and only after plunking down $20.00. 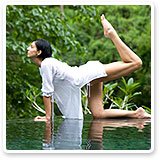 You probably noticed how much the various practices overlap. As Tony notes, “Different types of yoga have converged, just like with rock and roll.” And to further complicate things, teaching style heavily influences a practice. For example, a Hatha yoga class can be a gentle opportunity to learn the various asanas, or, as is the case with P90X’s Yoga X, a first-class, spine-twisting challenge. So if your first session is a disaster, try a few more with different instructors before throwing in the sweat-drenched towel.

If this article has helped you make your yoga choice, fantastic, but even if you’re as confused as ever, that’s not such a bad thing. Now that you at least know that all these forms exist, you can get out there and figure out firsthand which one is right for you. Just as is the case with those stubborn heels during downward-facing dog, the journey to finding the right practice is half the fun.

Pick a Home Workout That Works For YOU!

Beat the Winter “Blahs” with Exercise