Your Brain on Exercise

There was an astonishing article in Newsweek a while back about the benefits of exercise on the brain that just blew my mind/brain/cranium/noggin. Here’s what I’ve learned from this article and further research.

We all know that working out and exercising do amazing things for our bodies, and the benefits, in addition to weight loss and getting fit, are endless. Most of us know that when our hearts, legs, and lungs get pumping, we feel much better than if we did nothing. Turns out that doing 20 minutes or more of cardiovascular and/or high-paced resistance workouts affects every aspect of our lives.

The science behind the brain magic

The great thing about the Newsweek article is that it really laid out the scientific findings over the last few years. Here’s the scoop: When you’re forced to pull more oxygen into the body through exercise, you break what’s called the blood-brain barrier. It happens when you climb a long flight of stairs, or when you’re busting through any kind of workout that gets your heart rate pumping. This oxygen-filled blood makes its way into the temporal lobe of the brain. Inside that temporal lobe is an area called the hippocampus. Inside the hippocampus lies the seahorse-shaped area known as the dentate gyrus. As you exercise, these oxygen-filled blood cells rush into this area of the brain. A chemical/protein called IGF-1 is formed and released inside the dentate gyrus, which ramps up another chemical/molecule called BDNF; both IGF-1 and BDNF are like Miracle-Gro® for the brain.

Benefits for all, from kids to adults 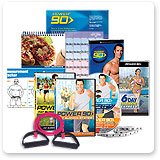 Studies involving folks from kids right up to seniors have proven that high-paced workouts (Power 90®, P90X®, Tony & the Kids!, etc.) cause the release of the chemicals mentioned above into the brain. Combine this with even more “brain drugs” like dopamine, serotonin, and norepinephrine, and you’ve got yourself a feel-good party in your head. Aerobic physical movement causes the release of these chemicals, and they all help you focus and give you energy when you need it. They also help you relax and rest properly. It’s like a homemade chemistry set inside your skull that produces a cocktail that simulates the effects of Prozac® and Ritalin®.

Children who play outdoors more often score better on tests than kids who don’t. Regular physical activity improves memory, mood, and problem-solving abilities. Consistent exercise raises self-esteem and decreases anxiety. Study after study has proven that people who exercise 5 to 6 days a week greatly decrease their need for psychotherapeutic drugs. If your brain goes without regular bouts of exercise, the hippocampus will shrink and erode, which can lead to neurological illnesses, such as Alzheimer’s disease. When the dentate gyrus is stimulated, neurogenesis (the generation of new neurons) or neuroplasticity (the brain’s ability to change, also known as cortical remapping) occurs. I’m not talking about just slowing the aging process; I’m telling you that the brain creates new cells through exercise—brand-new cells that assist in the reversal of aging.

If you’re looking for the Fountain of Youth, you can find it inside your head every time you exercise for more than 20 minutes.

How To Optimize the Benefits of Your 90 Day Workout

With 10 Minute Trainer, You Can Fit Fitness into Your Life 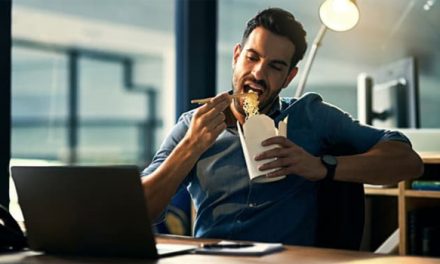