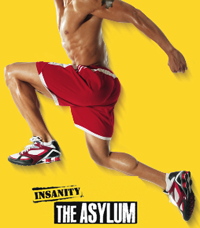 Steve Edwards, over at Beachbody, has released another great article about the upcoming release of Insanity Asylum.  This time, he’s blogging about the Vertical Plyo workout.  Take a look.

Jack LaLanne used to have a challenge where he’d give $10,000 to anyone who could keep up with him exercising for an hour. In his 80s he was contacted by a journalist from a fitness magazine asking if he was still game. Jack said sure and told him to show up at his house the following morning. The next line was something about how old Jack looked “like my grandfather” and how the writer was going to feel bad taking his money. This was followed by, “Five minutes later I’m about to throw up, during the warm-up. The bet is over. (sic)”

And that’s how I felt during the warm-up of Vertical Plyo. I seriously had to slow my pace down so that I didn’t puke. In fact the only thing that was worse than the warm-up was the “active recovery” as Shaun called a series near the end when we were doing, among other things, one leg explosive hops, as high as we could get while landing on the same leg, for one minute per side. Active yes. Recovery?!

In between I spent most of my time in the air while attempting a bunch of super explosive moves using bands for resistance and targets for accuracy. However, if I’d been in the cast I would have spent it doing push-ups as that’s how Shaun would penalize them for losing form and landing outside the lines.

While it’s needless to say that I didn’t on sight this workout, I often found myself exceeding the cast and, on one occasion, even out dueling Shaun. But this in no way means that I mastered anything. Far, far from it. On every individual move I sucked compared to most of the cast, hence the push-ups. Compared to the height and distance Shaun was getting on his jumps I felt like an old man. Sure, I’ve got some decent aerobic fitness but my explosive capability bites ass. The competitor in me wants to do this more. No, make that; absolutely has to do it more.

I felt a little less feeble when Shaun says to the cast “this is not Insanity,” as if that program were some kind of namby pamby cardio workout instead of this puke fest. At least I’m supposed to be dying, right? Shaun even cops to failure at one point. But again, to me it wasn’t the dying so much as the lack of flying that showed how much work I need to do. I used to be a basketball player fer crissakes! There’s got to be some hops left in there someplace. And, damnit, I’m going to keep doing this until I find them.

This morning as I write this I feel an interesting pattern throughout my body. It’s similar to how I feel after doing PAP workouts. Something inside me is trying to change, or adapt. Long dormant neuromuscular patterns that have been lost through age and endless hours traipsing through the wilderness have been awakened and are trying to remember what they used to do. It’s a physiological fact that we lose fast-twitch muscle fiber as we age but I’d say workouts like Insanity Asylum Vertical Plyo can not only slow the process but reverse it to some degree. We’re going to find out. 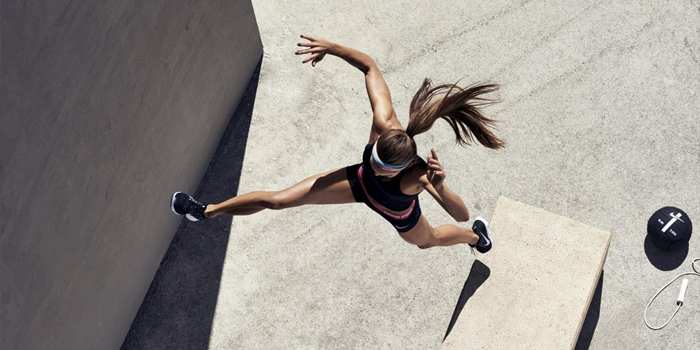 5 Things That Prevent You From Reaching Your Fitness Goals