“How can you improve on the world’s number one fitness program?” is a reasonable question that I’m often asked when I tell people I’ve been working on its successor, P90X2. As Hollywood has quite clearly shown, sequels rarely live up to the original. But once in a while something bucks the trend, and we’re fairly certain we’ve made The Godfather: Part II and not Staying Alive. In this series of articles, we’ll be giving you a rundown on what to expect from the next P90X.

The working title of this project was P90X:MC2. That’s for Muscle Confusion™ 2, and of course, there’s going to be more of what made the original so special. But this time around, we’re taking Muscle Confusion to a whole new level, maybe even times two. To understand why requires a little bit of history.

P90X was developed to answer customer requests for a program more challenging than Power 90 and Slim in 6, Beachbody’s original blockbusters. So we set out to make the type of training program that an athlete would use to prepare for a season, except the sport we chose was life in general. Combining the theories of cross-training, progressive overload, periodization, and the specificity of adaptation, we began a series of test groups to try and estimate the tolerance of difficulty that the general public could handle, or more appropriately, would want to.

Turns out this was more than we knew at the time—though the fact that we cast test group subjects because they outperformed professional fitness trainers should have given us a clue. The program was so advanced that many professional athletes began using P90X instead of their own team trainers. This we hadn’t anticipated. We knew we had a solid program, absolutely, but we didn’t count on athletes who make millions of dollars a year ignoring highly paid professionals and working out to a video. If we had, we might have done things a little differently.

Knowing that the world was watching, we began P90X2 development searching for a consultant. We traveled as high up the food chain as possible, where we found Dr. Marcus Elliott. His training facility, P3 (Peak Performance Project), is at the absolute cutting edge of sport. Using the latest in equipment and applied science, P3’s client list reads like, well, the front page of the sports section. Dr. Elliott signed on as head of our Scientific Advisory Board, ensuring we had the means to raise the bar.

That’s not to say we weren’t already succeeding. Anyone who ordered the P90X ONE on ONE® workouts could see we’d been experimenting with many new training modalities. Tony’s newfound love of training on unstable platforms, honed by his relationship with functional trainer Steve Holmson, became, literally, the foundation of P90X2.

Access to P3 and Dr. Elliott also provided challenges. Because our customers are not primarily athletes, we needed to do a lot of homework to determine how to best integrate P3’s elite systems into our demographic. Research was done, numbers crunched, theories were applied and tested, and test pilots (often yours truly) were beaten into submission. In the end, the collaboration resulted in a program that we think improved on our wildest expectations.
The program

While it’s still based around the periodizational principles of P90X, X2 has a broader scope. In short, it’s more versatile, which is saying something, considering that P90X is by far the most versatile training program on the market today. Here are the three training phases of P90X2 and what you can expect from them. 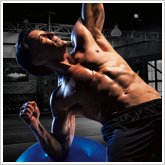 The first training phase is about your foundation, as in your base, or more specifically your attachment to the ground. What we mean here is not just your legs but your entire kinetic chain. There’s a saying that goes, “You can’t shoot a cannon from a canoe” that relates to your base, meaning that if it’s not solid, you’re going to wobble like the visual this saying evokes when you attempt to do anything explosive. The goal of the Foundation phase is to help you create a solid attachment to the earth so you do all other movements without compromising your form. When this happens, you’ll look better, feel better, perform better, and be much more resistant to injuries.

Next, we take your strong foundation and strengthen it big time. This training phase will be most familiar to P90Xers because it’s similar in structure to what you’re used to. However, the individual workouts have evolved. You’ll continue to work from instability or athletic positions, because this will help you integrate your strength gains more seamlessly into your real-world movements. 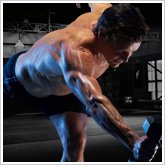 Finally, we take all the physiological changes we’ve been making with your body and focus them on pure performance. The key to this phase is something called Post-Activation Potentiation or P.A.P. (which we’ll explain next time), and doing repeat series of movements called complexes. These workouts will destroy you in an oh-so-beautiful way. After a few weeks of P.A.P., your body can feel more springy, loose, and young. It almost feels as if, to borrow a phrase from King Arthur of Camelot, “You don’t age. You you then.”

In conclusion, we think we’ve created an “Oscar winner.” P90X2 is a training program anyone with a decent fitness base can succeed at. It can be done by someone who has only completed one round of Power 90 and still be challenging to the world’s best athletes. It’s versatile enough so anyone who sees it through to its end can achieve major increases in performance. And while it won’t replace P90X (or make it feel dated as The Godfather), it should absolutely take your results to the next level.

So, what are your thoughts?  Your comment are welcome below. 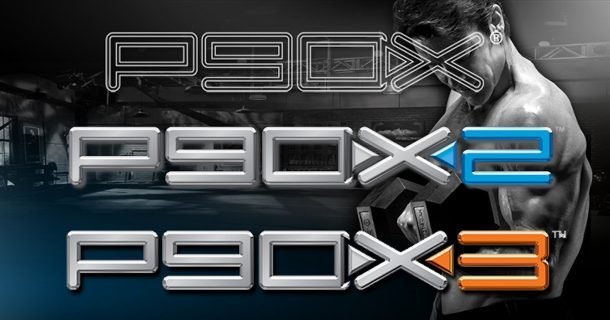 After you optin to my newsletter, you will be emailed the link to the FREE signup page.